Suicide: How do I discuss it with my children?

Suicide: How do I discuss it with my children?

What to Tell Your Child about Celebrity Suicides

On June 5, 2018, American fashion designer, Kate Spade, hung herself with a scarf in her NYC home. Three days later, Anthony Bourdain, celebrity chef and host of CNN’s Parts Unknown, hung himself with his bathrobe belt in his room at a luxury hotel in France. News stories about these suicide deaths spread like wildfire; in particular, social media news feeds were filled with innumerable articles about the recent celebrity suicides. What does this do to our children? What impression are these stories making on our youth?

Mental health experts agree that several high-profile celebrity suicides could possibly cause an increased risk of what’s called suicide contagion, and that all of us should be aware of the risk factors related to suicide. Suicide contagion occurs when a publicized suicide serves as a trigger, in the absence of protective factors, for subsequent suicides by susceptible persons. In such a case, the suicide of one person, or multiple people, can contribute to a rise in suicidal behaviors among others, especially those who already have suicidal thoughts or a known risk factor for suicide.

John Ackerman, Suicide Prevention Coordinator at the Center for Suicide Prevention and Research at Nationwide Children’s Hospital in Columbus, Ohio stated, “If they’re already struggling with thoughts of depression or risk of suicide, they’re already trying to get information about how other people are experiencing it.” According to Ackerman, when successful, high profile individuals who have a lot going for them commit suicide, it may generate feelings of hopelessness.

“The dramatic increase of suicides in America, coupled with pervasive media exposure to suicide stories, creates a perfect storm in a society of vulnerable children. Now more than ever, parents need to know how to talk with their children about suicide.”

Why This Trend is Dangerous for Our Children

The Centers for Disease Control and Prevention recently announced that suicide rates have dramatically increased, especially among our younger generation. Suicide is the second leading cause of death among 15-24 year olds. Suicide has increased by 30% since 1999 and in nearly every state, across demographics.

In recent years, increased access to technology has made it easier for children and teens to read about high-profile celebrities who kill themselves. Young readers who are struggling with thoughts of suicide are often already online seeking information about suicidal behaviors. Viewing articles of successful stars who appeared to have it all and took their lives, may elicit increased feelings of hopelessness in these youth.

The dramatic increase of suicides in America, coupled with pervasive media exposure to suicide stories, creates a perfect storm in a society of vulnerable children. Now more than ever, parents need to know how to talk with their children about suicide.

Parents should be concerned if they observe the following specific warning signs: 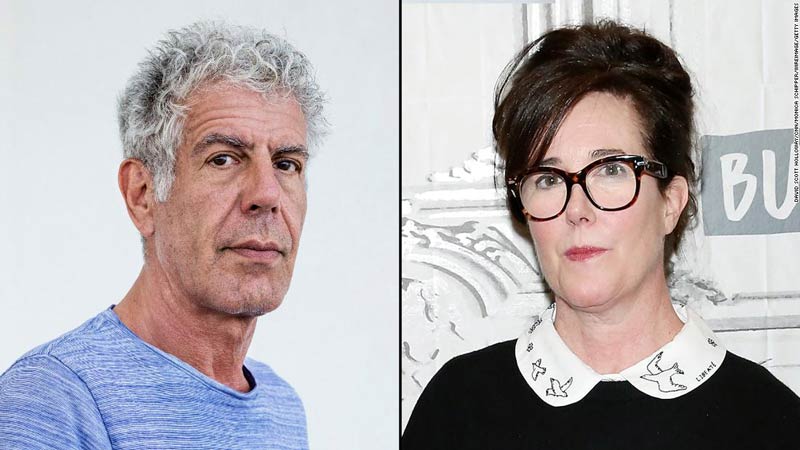 Suicide happens when an individual’s level of pain exceeds their level of coping. It is important to remember that it is the individual’s level of perceived pain, not their objective circumstances, that contribute to the propensity to commit suicide. This is why celebrities who appear to the world to have it all, still chose to end their lives. Causes of suicide include the following:

Rates of suicide are impacted by the following risk factors:

What Can Parents Do To Protect Their Children and Teens?

Keeping an open line of communication with your child is the most important protective factor. Many parents fear that talking with their child about suicide will increase the risk for their child. This is a myth. Parents should do the following:

About the Author: Dr. Susie Spicer

Dr. Susan Spicer is a Licensed Psychologist specializing in forensic neuropsychology, clinical hypnosis, and therapy for trauma related disorders. She is the President and Founder of Brainwave Technologies.