Millions of Americans struggle with difficulties of attention and concentration. Whether you are a college student struggling to maintain focus in the classroom, a CEO working to master organizational skills in the boardroom, or a mom juggling multiple demands of home and work, it’s clear that ADHD symptoms can impair your ability to function in many areas of your life. Neuroscience research has shown the manner in which neurofeedback can assist you in managing symptoms of Attention-Deficit/Hyperactivity Disorder (ADHD) and Attention-Deficit Disorder (ADD).

Neurofeedback is a form of biofeedback that uses real-time displays of brain activity to teach self-regulation of brain function. Typically, EEG sensors are placed on the individual’s scalp to measure brainwave patterns, with the measurements displayed using video or sound. Neurofeedback allows you to gain control over brainwave activity by providing you with information about the status of your brain.  This information is used to help you regulate your brainwave patterns. Neurofeedback has been found to be a successful intervention in managing symptoms of ADHD as well as reducing symptoms of migraines, mood disorders, memory impairment and brain injury. Neurofeedback works by helping you to regulate your brainwaves.

Brainwave are the natural internal (biological, neurochemical) rhythms of the brain. Brainwave patterns change with activities such as relaxing, problem-solving, and sleeping. At any given time, one of these patterns will be dominant, although it is possible for different areas of your brain to be engaged in different levels of activity. If the amount and distribution of brainwaves are significantly reduced or increased in these five patterns of frequencies, they can contribute to increased symptoms of ADHD or ADD.

The goal of cognitive and behavioral neurofeedback is to obtain an appropriate level of brainwave activity in each of the five frequencies.

About the Author: Dr. Susan Spicer is a licensed psychologist specializing in forensic neuropsychology. She is Founder and President of Brainwave Technologies. 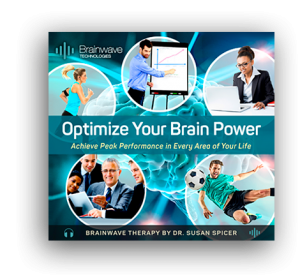 About the Author: Dr. Susie Spicer

Dr. Susan Spicer is a Licensed Psychologist specializing in forensic neuropsychology, clinical hypnosis, and therapy for trauma related disorders. She is the President and Founder of Brainwave Technologies.